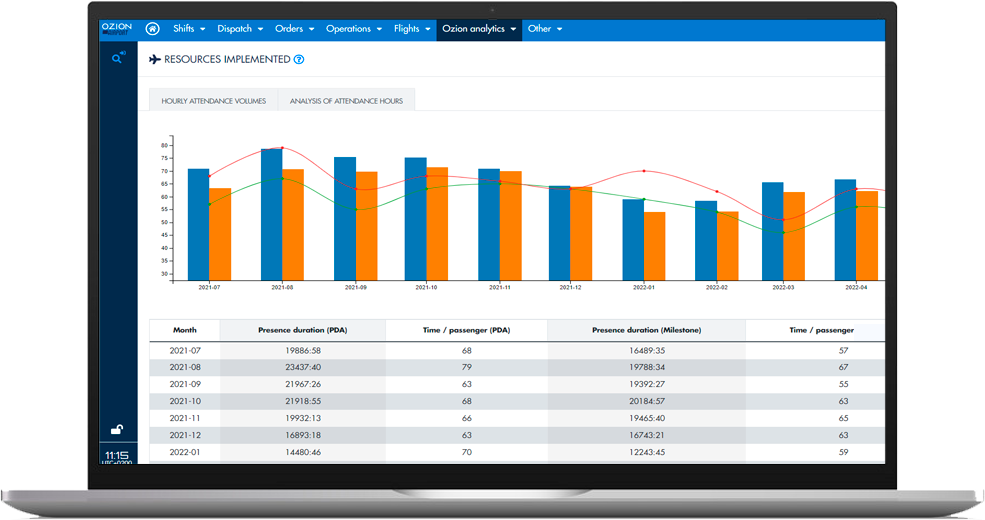 The following case study explores a challenge faced by a proactive service provider who had been operating the PRM service for just over 13 months in a mid-sized airport. During a bi-annual meeting the provider shared a growing and recurring frustration within their operation.

Data querying within the PRM Manager led to the identification of the root cause to a recurring low pre-notification rate by a specific airline that was affecting the entire operation. Given the sensitivity of this subject the names of the provider, airports and airline have been omitted.

Described as “a consistent burden on our ability to deliver an acceptable level of service to all airlines and passengers” the airline was a significant carrier bringing the second the largest number of passengers every month, yet the pre-notification rate was the lowest among all airlines

Upon understanding that the airline had demonstrated an ability to pre-notify at a higher rate, albeit still lower than expected, further investigation would be undertaken using the analytical tools in PRM Manager. It had already been understood that:

it was time investigate a little deeper and see if any specific routes (origins) were responsible for this outcome to pinpoint where a follow-up investigation/conversation could be directed in search of a solution;

A historical check revealed that the sample date-range was, despite its poor rate, a better performance than other months previously recorded whereby the airline originating from Airport 1 were providing an average 4% pre-notification rate.

It had become clear that the airline itself was capable of providing superior pre-notification rates as demonstrated with different out-stations, worryingly the poor pre-notification rates in the month investigated had turned out to be better than previous periods. The service provider was now equipped with the data needed to open channels of communication with the airline in an attempt to find a solution to the issue that had been hindering them for so long.

After a lengthy conversation it was revealed that for certain reasons the airline on this specific route chose to not use the SITA messaging system. Having understood the reasoning and a desire to find a solution that would allow the provider to deliver a better service and meeting their own SLAs they reached out to Ozion and a solution was proposed and implemented.

To overcome the challenge the airline was provided with a customized entry form which could be submitted at the departing airport and fed into the arrival providers PRM system. Since providing the means of submission pre-notification have significantly increase with an averaged pre-notification rate of 72%.